Western’s Political Science department fostered a special strength in the study of local government and politics long before the Local Government Program was founded.  Professors Henry Mayo, Hans Hossé, and Eric Beecroft all taught undergraduate and graduate courses relating to local democracy and policy-making during the 1950s and 60s.

In 1971, Professor Beecroft engineered the appointment of Allan O’Brien to the Department. This was a quite a feat: O’Brien was the incumbent mayor of Halifax and past chair of the Canadian Federation of Mayors and Municipalities (now the Federation of Canadian Municipalities); his highest degree was a BSc received from Dalhousie University in 1943.  On announcing in Halifax that he would not run for re-election but had accepted a position at Western, Allan talked about “the need to train young people in the political end of the urban development process.” 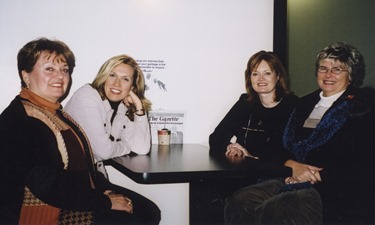 Soon after arriving at Western, Allan used his many contacts in the municipal world to develop a six-week residential summer program for municipal managers.  He was convinced that Canadian municipalities needed managers who knew more about politics and public administration rather than just the particular specialization in which most of them had originally been educated.  He received start-up funding from the then federal Ministry of State for Urban Affairs.  The first cohort of students for the Diploma in Public Administration (DPA) was admitted in 1974.

Allan arranged for much of the DPA teaching to be done by part time instructors with practical experience in the municipal world, a practice that still continues today.  But he also convinced two young full-time faculty members with interests in local government – Carol Agocs and Andrew Sancton – to take on additional responsibilities as DPA instructors. Both went on to become program directors after O’Brien retired in the late 1980s. 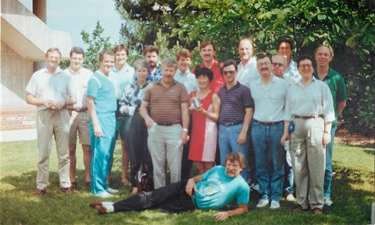 By the mid-1980s DPA grads were asking for more – and the Ontario Ministry of Municipal Affairs recognized that Ontario’s current and future municipal managers needed an opportunity to pursue graduate studies in their chosen profession.  With funding from the Ministry, Allan and his colleagues – including Professor Robert Young – devised a curriculum and schedule for a new graduate degree, a Master of Public Administration (MPA) focused on local government.   DPA courses were the foundation for the MPA; many MPA courses were offered on weekends to facilitate part-time study; and the schedule for full-time students involved the same week-end courses taken by the part-timers.  The first cohort of MPA students was admitted in 1990.

Despite the establishment of the MPA, the DPA continued to be offered, but there were now four distinct one-week summer courses that could be taken over different summers rather than all at once during a required six-week residency.  The Local Government Program (LGP) was established as a distinct administrative unit within the Department of Political Science with responsibility for both the DPA and the MPA.

Starting in 2001, the LGP began offering DPA courses on a contractual basis in Toronto for the City of Toronto.  Similar contracts were later negotiated with a consortium of municipalities in York and Durham regions and with the City of London.

Since the inception of the Local Government Program in 1974, over 1000 graduates have successfully completed the Diploma or Masters of Public Administration.  Many are among the ranks of the most accomplished executives in Canadian local governments.